Get Govt Jobs via Email

The Staff Selection Commission conducts the SSC CGL examination every year. At present the candidates who have cleared SSC CGL Tier I exam are ready to appear for Tier II examination. Here is good news for all the aspirants of SSC CGL 2018 that SSC has released the tentative vacancy list for CGL-2018. There will be a total of 8624 vacancies for the Qualifiers of CGL-2018.


SSC CGL exam is conducted for the recruitment of candidates for various posts in ministries, departments and organizations of the Government of India. It is a 3-tier examination and a candidate clearing all the tiers gets selected for any of these posts according to the scores obtained by him.

Hall Ticket for SSC CGLTier II exam have been released and the Tier-II examination has been rescheduled to February 22, 2018. Tier III exam will be held on March 31, 2018. All the candidates can download their Tier II admit cards from the official website of SSC by logging in with their Registration Number or Roll Number and password. These admit cards will be available region-wise.

As per CGL Exam Pattern, Tier 1 and Tier 2 are computer-based tests. However, Tier 3 is a pen and paper based test. The medium of the question paper will be English and Hindi. And, according to the marking scheme, every incorrect answer attracts a penalty of 0.25 marks.

Those who have not cleared the Tier-I examination should not get disheartened and look forward to apply for SSC CGL 2018. The official notification for SSC CGL 2018 exam is expected to release in March and the last date for registration will be in April.

As per the government’s directive, there won’t be any interview round for group B, C and D posts from January 01, 2018 and as such there will be no interviews for CGL exam. Moreover, the 2018 exam for CGL will be completely online and order for this new examination system is already on the official website and we must bid a goodbye to the traditional pen and paper based mode of exam.

Welcome to Weekly Employment News section. Check out all the latest government job ( Sarkari Naukri ) updates from Railway jobs, B... 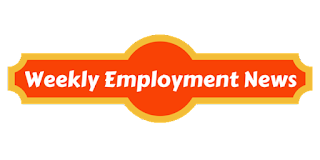